The Baddest B!tch of the series has arrived!
Yes, the book is called Saint, but don’t sleep on my homegirl, Scarlet. Scarlet a.k.a Satan is the type of chick that will set it off! 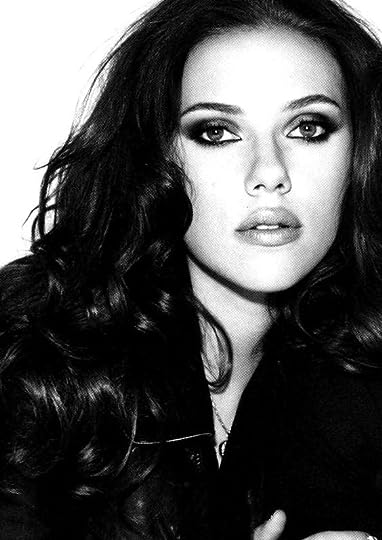 She is my absolute FAVORITE heroine of the series. Scarlet is that crazy friend you’d want by your side when you know shit is about to get real. She’s not an experienced fighter like Mack, but more of a subtle threat. Her targets never see her coming. I was intrigued by her story when we first met her in Crow, but I had no idea her story would be this good.
Scarlet is smart, cunning, manipulative, and aloof. Don’t judge me, but I think all women should possess these qualities (LOL). She all about getting it done on her own. She doesn’t need anyone and refuses to conform to the notion that a man should handle the dirty work. To sum it up for you – Scarlet is bout that life! If you get in her way; you get f*cked up!

He’s willing to put himself on the line for her and look past all her f*cked up crazy. That’s real love, folks. Trust me, I know 😉 He has officially replaced Reaper as my favorite hero of the series. That’s no small feat; I loved me some Reaper. There’s something about the silent deadly type that gets me hot and bothered. However, Rory tops that because he wants Scarlet in spite of who she appears to be. He’s sexy, strong, and totally complements Scarlet in every way. She’s the chick that will set it off and he’s the hitter to the left who has her back. She’s the Bonnie to his Clyde.

Putting these two together is downright sinful. The story is inherently sexy, but it’s so much more than that. The chemistry and longing between Satan and Saint is palpable.

I was excited the entire time. You know that feeling when you’re partying and your jam comes on…

Yep, that was me reading this book.

Keeping that in mind, I have to state that this book may not be for everyone. There are some intense situations. This book is raw and gritty. If you have triggers, this may not be your gig. If you’ve read any of the other books in the series, you’re good. If you’re looking for a sexy read and everything goes, this book is for you. It has my highest recommendation.

So, to wrap this up – BUY THIS BOOK! A. Zavarelli is a master. While her characters may have flaws, her writing is flawless. I’m amazed by the stories she’s come up with and can’t wait for the next one. I rate it All the Stars!

This book is included in Amazon KU subscription!

*ARC graciously provided by the talented author, A. Zavarelli*