I decided not to go in blind and read a few reviews before requesting a copy of this book. Man oh man…they were all over the place, so I felt the need to go for it and formulate my own opinion.

Jake McAllister and Casey Caldwell are twenty somethings who meet at his brother’s wedding. As fate would have it, they’re paired up as bridesmaid and groomsman.
Jake is a wildly successful rock star, but struggles with intimate interactions in a group of people. He suffered a tragedy in the past that still affects his responses to people. 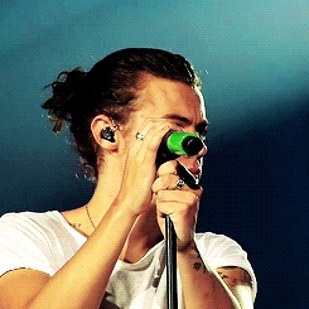 Casey is a hoot. She’s smart, funny, quirky, and crass. I loved her character instantly and her initial interaction with Jake is funny as hell.

She reminds me of myself at that age – socially awkward and sometimes inappropriate.

Their story progresses effortlessly from their meeting through the ensuing romance. It’s a sweet romance, but not without challenges. They struggle through issues stemming from Jake’s past trauma, his current fame that comes with legions of fans, to a medical crisis. This is definitely an emotional story with dark notes. While it’s not overtly discussed in the dialogue, abuse and sexual assault are a recurring theme. If those are triggers for you, you should probably avoid this book. I feel the author handle the subject matter expertly. The tragedy is sad, but there’s hope for healing.

Here’s what I loved: Jake! Sweet, handsome, down to earth, hot-guy rocker, with a man-bun. Umm, yes!

He’s broken and hurt, but gives his all to Casey. The relationship development is impressive. The reader gets to see the progression from the initial uncomfortable meeting to the first “I love you”. Casey family is Crazy! Those scenes were so funny! I particularly enjoyed the emotional punch of the story. The ending nearly killed me. I was so invested in these characters that I felt all the feels.

Here’s where things get dicey: I think the biggest issue for me is that Jake isn’t the stereotypical rocker I’m used too. He’s uber rich and famous, but has no bodyguards, travels alone, and doesn’t live in a mansion. Yes, he’s down to earth and doesn’t want fame to go to his head, but I struggled with the believability of the situation.
The other small issue is that the book reads more like a YA title, but with a smidge of sex. It feels like it should be geared towards a younger crowd in several places. There’s steady dialogue and interaction with their parents. Both MC’s parents are front and center. I’m also a fan of YA so that wasn’t an issue, but I can see how others would find that odd.

All in all, I enjoyed the book. For a debut release, it’s impressive. The storyline is interesting and the writing sufficient. I connected with both MCs and genuinely wanted to see how their story progressed.

Audiobook review: The narration is excellent! Andi Arndt and Joe Arden perform this dual POV read. They are both fabulous and added to my enjoyment of the story.

*Audiobook graciously provided by author for an honest review*

One thought on “Book Review: Cake: A Love Story by J. Bengtsson”