Beckham King is the king of one night stands. He has no intentions of ever falling in love and settling down again. He’s a master at loving them and leaving them. Most women want more and make it no secret they would enjoy a repeat performance. So what happens when his latest conquest responds completely different from his expectations. She seems unimpressed and aloof the morning after. It drives him nuts! And then the games begin!

Recently dumped by her longtime boyfriend/fiancé, Odessa Russo decides to live it up for a night. To get past the hurt and loneliness, she seduces a hot guy and proceed to have a one-night stand. It was an awkward end to a wonderful night, but Odessa never has to see him again, right? Wrong! When she shows up for her new contract position she learns HE owns the company.

Arrogant Playboy is written from dual POV. I love being able to see how each character responds to the same situation. It was particularly well used for this novel. Odessa is so full of it, but she plays it off well. She only gives the impression of not being affected by Beckham. I loved the way she handled him. She totally plays him and it drives him crazy. I love strong resourceful women who aren’t afraid to ruffle some feathers.  Odessa definitely comes across as one even though she’s not as self-assured as she seems. We see both her hard and soft side.

There were lots of twists and surprises in this one. It’s unconventional in a good way. The secondary characters were very well done. I’m hoping to read more about Beckham’s brother Dane soon.

Audiobook review: Narrated by Angela Moore and George Wickham. The narration was excellent. Both narrators did a fabulous job bringing these characters to life. The tone, inflection, and pace were all superb.

*Audiobook generously provided by the author*

For more of my ramblings: 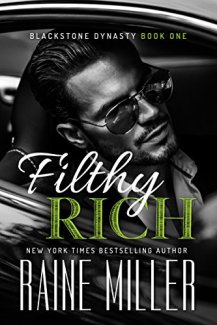